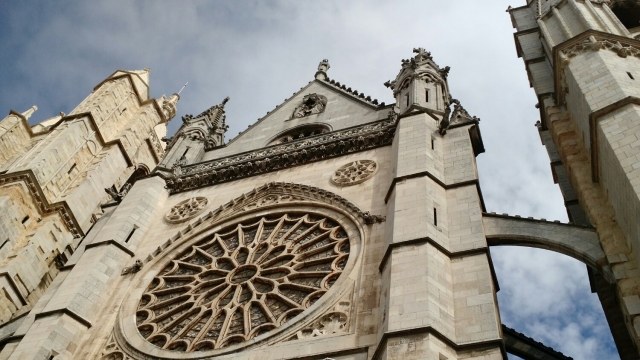 As is customary, we walk to coffee.  Sometimes it’s 3K, other times it’s 6 or more.  Today it is 6K before we come to our first chance at coffee.  We have our café con leche in Puente Villarente and move on.  The only problem is that about 2K later we realize that we forgot to pay.  We still have not gotten the hang of going back up to the bar and paying after having consumed all our goods.  There is no waiter or waitress to give you your bill.  Once we confirm that neither of us had paid, as we had assumes each other had done, we promptly turn around and head back to the bar to settle our debt.  As we walk “against” peregrino “traffic” we get perplexed looks, especially from the people who were at the bar when we were.  When we enter the bar, the proprietor ask us “what’s wrong?” (In Spanish of course). We respond that we left without paying our bill and came back to pay it.  The proprietor showed definite shock, smiled, and then laughed… “Vole” (okay).  We paid and retraced our steps, and after an uneventful and semi-pleasant walk, entered the city of Leon.  This city is huge and a bit intimidating after being in the “country” for so long.  It is Saturday and this place is hopping.  Cars whiz by and people crowd the streets. 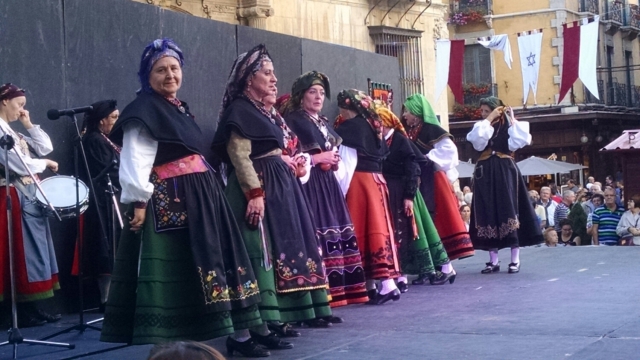 We check into our albergue, run by nuns and set off to find Sue and Jerry before they catch their train to Sarria.  Finding them was like playing ‘Marco polo’, but via text, which increased the degree of difficulty.  As we finally locate them near the Cathedral, with a 1000 other people, who should appear but Maureen!  (Karen and Krystal also turned up as well, having last seen them in Burgos.) We grab a quick bite with Sue and Jerry (Maureen as well) and catch up on travel stories.  Sue and Jerry have spent 4 days in Leon as Sue was sick so they were fairly familiar with the city. 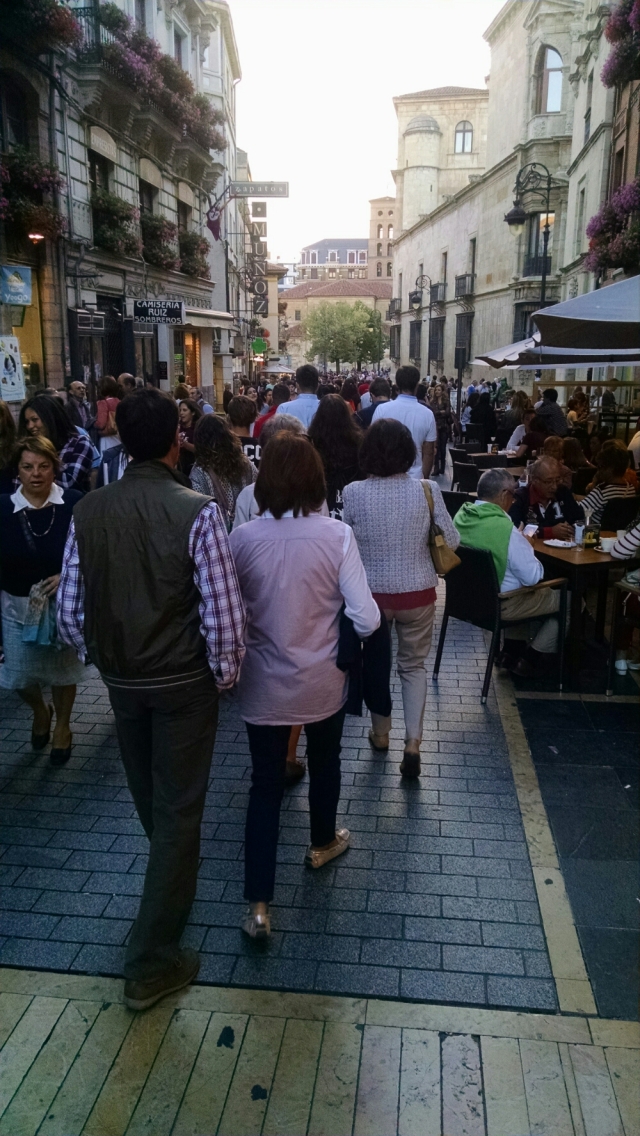 I, on the other hand, found the city (while beautiful) too busy for me, and I find that crowds make me cranky and uneasy, so we will only sleep here tonight and move on in the morning.