We awake to singing, as advised and promised, and ready for our day’s trek.  Our plan is to continue the “less traveled” route, but somehow we got waylaid and found ourselves in Reliegos, but not after passing sections of the Romano road that have been cordoned off for preservation purposes.

The trail we tread also had a curious phenomenon with purple flowers pushing out of the rocky red clay soil oblivious to threat of being trampled.

Neither of us complained about the wrong turn and only thought about turning around and figuring out where we went wrong for about a nano second as we sipped our café con leches at the first café we spotted. 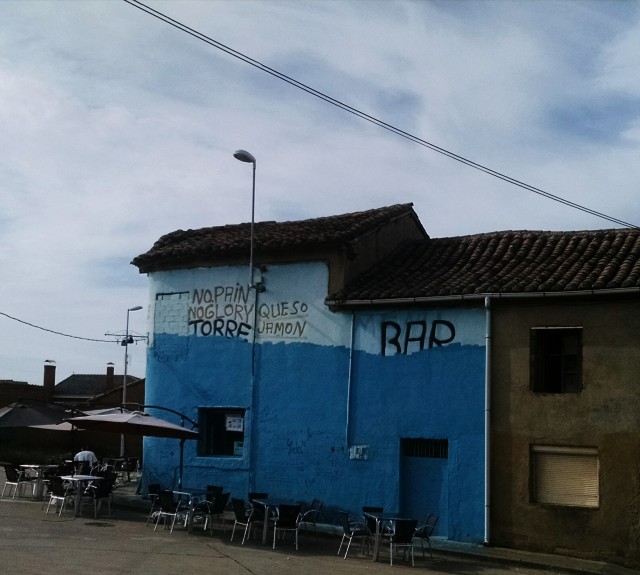 This town was interesting for as we entered the outskirts of town we saw homes burrowed into the hillsides, like hobbit homes. 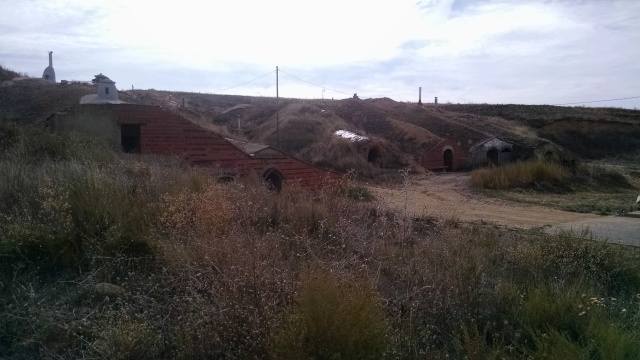 Once caffeinated, we make our way to Mansilla de los Mulas.  Where the Romano route and the Frances route converge, we run into an Australian couple (Ruth and Neil) who we have been leapfrogging with for nearly two weeks.  (They are retired from the Australian Police and have been traveling the world.  Ruth retired out many years ago on a back injury, and frankly it’s a miracle she is walking the Camino.  The irony is that recently (a week ago now…remember I am behind a week) she had an infected blister that sidelined her for a bit.  Neil is a recent cancer survivor, who according to his original prognosis should not be alive, let alone walking 20+ kilometers a day.). 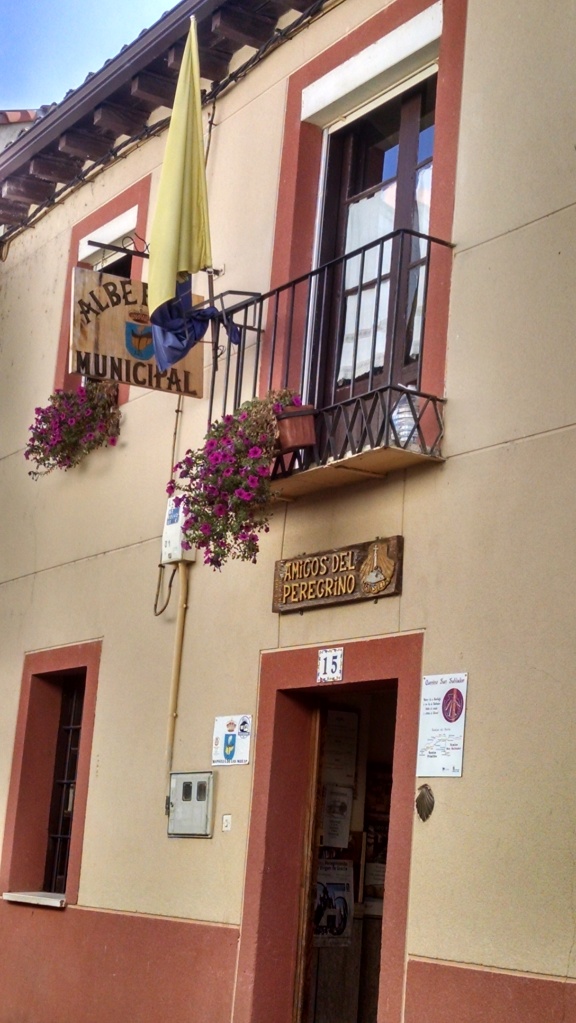 We walk and talk all the way into the municiple albergue.  We asked how their Frances route was.  They said it was flat and monotonous, so much so that Ruth counted paces between the trees as they paralleled the highway. Upon settling in at the albergue, a shower and brief nap, we set out to explore the city and walked out beyond its walls. 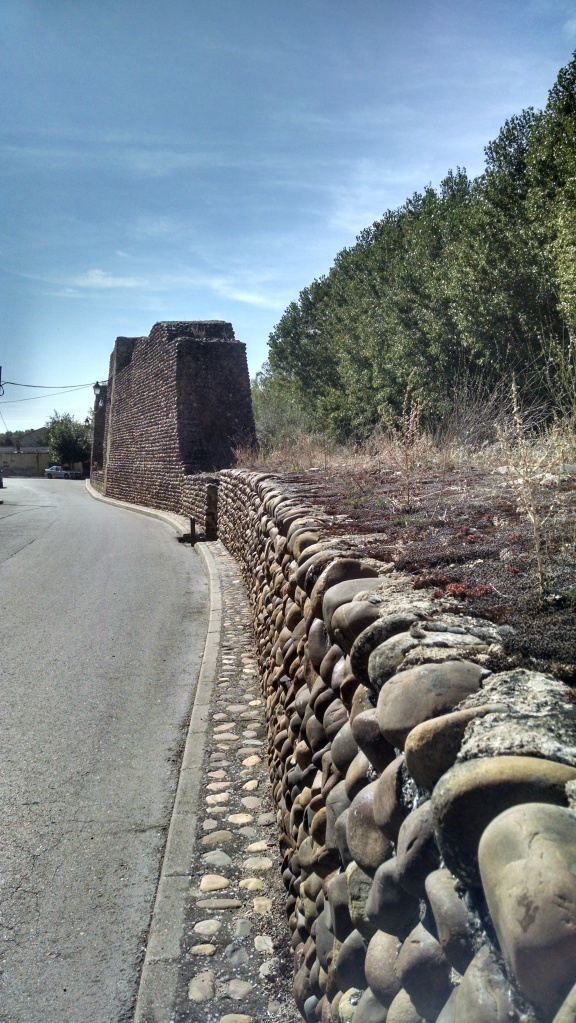 At one time this entire city was walled in, and portions of the grand wall remain fully intact and can be seen from the river bridge just outside the city.

Just outside the city as well is a “swimming hole” we considered for a brief moment, but then reconsidered once we examined the water quality.  After our walkabout, we joined Ruth and Neil for an “early ” dinner and early night.