For sure Sue and Jerry made the best decision to “sleep in” and take the 1030 bus to somewhere near Agés.  Paul and I got up at “O dark thirty” and headed out for a 30 KM trek that would include a 1500m climb over 8km.  The weather forecast did not call for rain, but it did mention something about being 45°, and as it turns out…they were right.  We steppedoutside of our Bavarian Esq albergue and were instantly glad we had bundled up and more importantly had warm gloves.  Once out of wind breaks the 45° quickly became sub 35° considering the wind chill factor. Even though we were prepared for cold, it didn’t make the wind chill any more enjoyable.  In fact it was so cold my snot was, for lack of a better term, frozen.  If I needed to sneeze I think my head would have blown off.  Most of the trail involved various grades of gravel or cobblestoned roads accompanied by steep rolling hills.  As we started early (0630) the first two villages we passed were still in snoozing.  Being mostly farmland, I’m not sure I understand the sleeping late business.  I guess it has something to do with eating dinner at 9pm and dancing at 11pm.  We still can’t get used to the towns being mostly shuttered till 6-7pm.  I’m not sure how they get anything done, especially with a 2-3 hour nap on the middle of the day.  We did however find the best café con leches (grande) in all of Spain at a restaurant/albergue in Espinosa del Camino (Albergue La Campana de Espinosa del Car).  This café con leche was steaming hot and was equal in volume to a “tall” Starbucks coffee (but better), which is saying something.  We actually took our time drinking it, rather than consuming it like a shot of whiskey. Reluctantly we head back into the cold brisk wind.

(Looking back to VillaFranca)
From the foot of VillaFranca Montes de Ora we begin our climb to Alto de la Pedraja…1500m in 8km with another 4km to San Juan de Ortega and a peek into the functioning monastery currently being refurbished.  As we climb a thick canopy of oaks and large ferns flank us on either side.  A thick mist rains down on us and we stop to don our rain gear and pack covers.  For the most part we have been mostly alone, almost like the PCT.  As we change out, a herd of Germans appear as if out of nowhere.  Where the hell did they come from?  They pass cheerfully, smelling of fresh linen and tromping in crisp new boots.  They must be part of a bus tour we reckon…”bastards” (we mutter)…walking the best parts.

Once we reach the top of the climb, the terrain levels out.  It was still overcast and cold, but the wind is now blocked by thick stands of manicured oak and pine trees on either side if the wide trail.  Looking closer we figure this is a managed forest for logging, and we are now on logging roads.  As we walk on, we talk of getting a hot coffee at the next place we see, and as divine providence would have it an opportunity for such luxury in the middle of a forest appears.  An enterprising woman has set up a stand of “trail magic”.  She has fresh melon and hot coffee, and chairs in which to sit and take a load off.  She offers free of charge, but will accept donations.  We watch as several people walk briskly by her, wagging their heads and waving their hands, ” no” when she offers them samples of melon as they pass.  Recognizing a “sign” when we see it we stop and indulge.

After a nice rest, and a cafe con leche, we left a nice donation and headed toward the monastery at San Juan de Ortega. We had decided early on not to stay at the monastery’s albergue as the after affects of 90 people sleeping in a room after having consumed garlic soup served by the monks for dinner does not seem appealing, so we walk a little further.  Before doing so, we lunch with another couple from the States…Maryland to be exact.  While they are ordering bocadillos, and I am finding the WC, Paul is engaged in a Three Stooges episode involving chairs.  As we went into the “bar” Paul’s job was to “guard” our table for four till we got back.  Seemed simple enough until the Germans arrived (and before y’all get your panties in a bunch…I am of German heritage, so chill).  It seems that Paul standing by the table (w/ 4 chairs) and laying a jacket on two of the chairs as he unpacked our lunch did not dissuade one Frau from absconding with one of the chairs.  Not to worry, as there was a stack of fresh chairs 10ft from our table.  As Paul went to get a chair to replace the one taken, another Frau grabbed another of our chairs.  Hmmm, wise guys huh?.  Paul puts the next chair down and grabs a jacket to put on a third chair.  As he does another Frau takes the chair he just put down at the table.  Hmmm.  Meanwhile a woman is seated at the bench in front of the bar watching this all go down and is beginning to laugh.  Paul grabs another chair and as he puts it down a large male German starts to grab the chair he has just put down. Now Paul is a patient man, but by now he has had enough.  He puts his hand up in the man’s face and firmly states, “NO” and points to the stack of chairs.  The man shrugs his shoulders and heads off to the stack of chairs.  By this time I come out with our beers to go with lunch.  He tells me this story, after asking “what took so long?”, and points out the man who he told NO to.  I look at the man and point as well.  That guy was the reason I took so long, the bastard hopped three of us in line for food and beer at the bar and thought nothing of it.  If I’d have known he was the same guy associated with the chair thieves I would have bitched him out in German something fierce…if I wasn’t working on being more patient, I would have bitched him out right then, without Paul’s story.” You still have time,” was Paul’s response.  I strongly considered it then saw that he and the rest of his German enclave were starting to load onto the giant luxury bus that had just pulled up, and thought better of it.  Rick and Roberta returned with their sandwiches and laughed heartily when Paul filled them in on what they missed.  After lunch we took a quick tour of the monastery and went about our merry way.  By the time we made it into Agés we were ready for a shower and a quick nap.  Sue and Jerry made it with a minor adventure, in that the bus does not go to Agés, so they had to walk in about 4k from a bus stop, in a one “market” town.  When they asked the bus driver which way they should walk to get to Agés, he told them to ask the shop keeper, and drove off.  The only problem was that it was now “siesta” time and the store was closed, not to mention neither if them speak a lick of Spanish.  Luckily they were able to find an elder woman who was sweeping her stoop and she through a series of pantomime and broken spanglish was able to direct them to a tractor road that would take them directly into town.  The road was soft and easy on their feet, and per Jerry, was a “lovely” walk.  Our evening at the municiple albergue convinced us that we don’t want to stay at another municiple, if we can avoid it.  Not to profile, but its been our experience that there is an underlying clientele that seems to have no regard for others and for lack of a better term are just plain RUDE.  It didn’t help that the bar attached to the albergue was open till 2330.  So, between the loud drunken youths and the old tree rattling snorer (who I actually got up and tried to shove awake to get him to stop… He never woke up…just got louder) we started the next morning far from rested.  Note to future peregrinos, do NOT stay in Agés but walk a little further and stay in Atapuerca.  Atapuerca is quaint and is famous for its archeological sites.  It is a repository of paleontological and archeological artifacts spanning nearly a million years.  It is here that Homo Antecessor (the oldest evidence of hominids/ civilization in Europe).  So if you’re a “nerd”, as I am, this would be a better choice.  You can actually walk to these sites and see for yourselves.  This is a place I would come back to explore…and with a better command of Spanish. 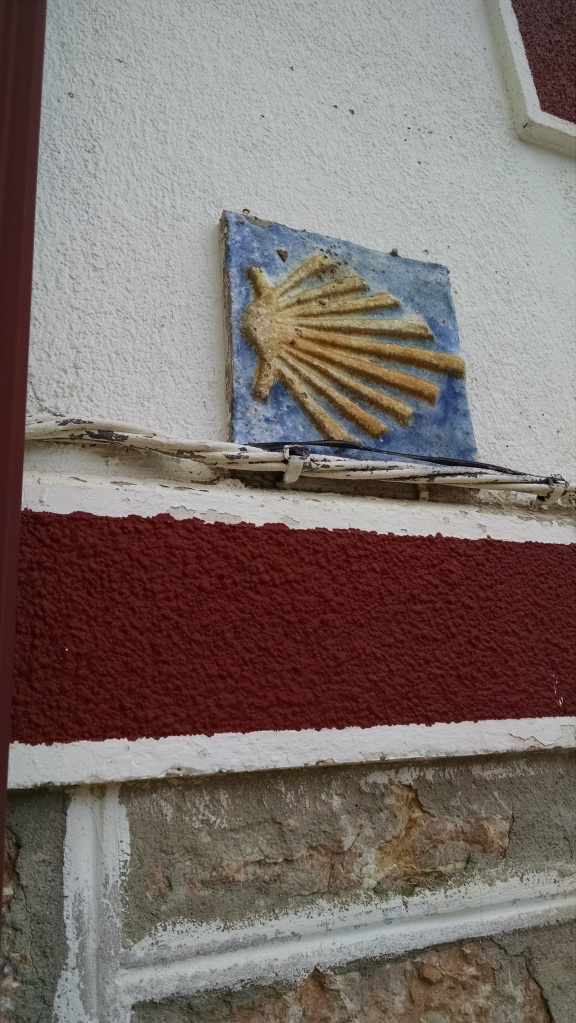