We awoke to sandy mouths (at least I did) and sand in our sleeping bags.  We were all watered up and “suited” up for battle with poodle dog bush.  I swear if the X Games ran out of ideas for events, have I got a great idea for them.  It would be like the steeplechase on steroids.  It would be 23 miles, and include the following obstacles: varied uneven surface with a multitude of uphill and downhill switchbacks,

an uphill road walk/run with varying pitches from 0-17 degrees, all while carrying a minimum of 25 lbs in temperatures to average at least 90 degrees.  The winner would be the person finishing the fastest that does not contract a rash from poodle dog bush and does not have to be treated for any heat related condition.  The commentary would be awesome.  I’d have someone with an Australian accent as the color commentator.  “It looks like Drew has run into a bit of a snag in his approach. 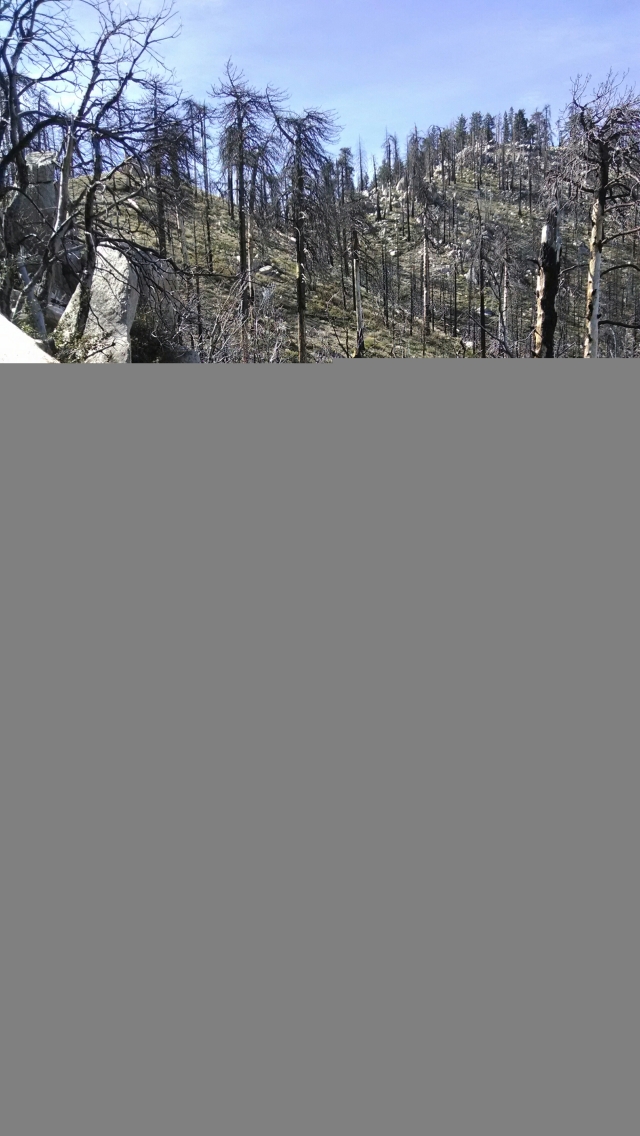 Let’s see how he reckons he’s going to avoid that patch of poodle and vault that titanic deadfall.” “That’s right Ian, it looks like a bit of a blister factory to me.”…” Collin, what are you seeing at your leg?” “Well Ian, looks like Sarah’s gotten herself in a bit of a pickle and didn’t figure on having to negotiate 4 interlocked downfalls

…she’s only 5’4″… a bit of a pixie if you ask me.  Oh wait, she’s shedding her pack. Looks like she’s using the toss and roll method.  Now that’s using your noodle.” “Collin, I imagine she’ll get a bit sooty”. ” Ah ya, that she will Ian, but when you’re as tenacious a competitor as Sarah a slathering of charcoal is just war paint”. 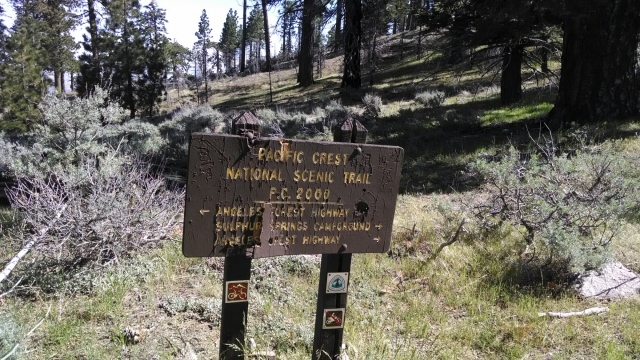 …and so it would go, and so it did for the most part, minus the race part.  The entire day involved contorting ones self around poodle bush accented by gusting winds and heat.

We had to road walk a portion down to the Mill Station Ranger station which allowed Paul to listen to his radio and me to finish one of my audio books (without falling asleep). 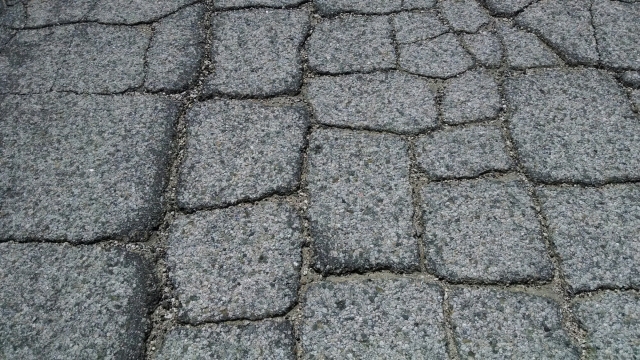 We watered up again at Mill Station with a little over 4 liters and started a 17 mile road walk on an old abandoned road on recommendation of the Forest Service Ranger.  It sure beat 30-60 mph gusty winds with burnt out trees, ready to fall at any moment, carpeted by poodle dog bush.  More than not getting a massive rash from poodle dog bush, we didn’t want to be crushed by a falling tree, as we were positive we wouldn’t be able to move fast enough to come out unscathed.

After the road walk that wound itself through an old burnt out prison of sorts and the memorial to the two firefighters who died in the 2007 Station Fire, we ended up at Messenger Flats, and it turns out we had unknowingly caught up to our friend Eng (aka. gear Slut) and new section hiker, Joey. 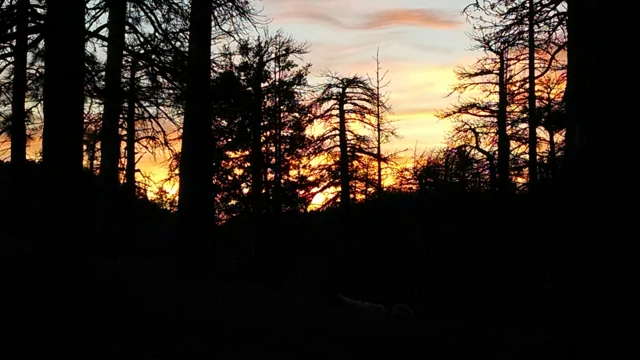