As promised, no alarm or hurry to get going. Last night’s sleep came so quickly neither of us remember falling asleep. It’s like we blinked and it was the next day, the reason being that there was the same amount of light as when we went to bed as when we arose. In Alaska, this time of year, it stays light till late in the evening, and even then, it doesn’t become completely dark. Wilderness darkness here in the summer isn’t like “normal” wilderness darkness, wherein it’s so dark you often can’t see your hand in front of your face, until of course, nature’s “nightlights”, the stars, begin to emerge from the inky darkness overhead. This night sky is not typical wilderness night sky, or even “indoor” night sky. It is what I would call “City” night sky, void of “City” sounds. While it often serves to prolong the day’s activities, it is an annoying glow of light that keeps you on the edge of slumber. Even with our rain fly on, to mute the twilight sky, it’s not enough darkness to cue my mind to shut off and go to sleep. Luckily I travel with eye shades and earplugs, so slumber comes easier. Paul of course (most assuredly because he’s a guy) can fall asleep anywhere and anytime, in any conditions. So not fair!

Normally when we have such beautiful weather, with no threat of rain, we cowboy camp or sleep without our rain fly on. But we’re in Alaska, and therefore purposely erect our tent (complete with the fly) for three reasons. The first,being to at least, create some type of “barrier” from the bears, who because of our salt stained skin might be enticed into using us as their personal salt lick. Second, a barrier from the incessant mosquitoes, who here, certainly have voracious appetites. And third, to actually get some sleep. As evidenced by the fact we awoke this morning, bear slobber free, without additional welts, and well rested, I’d say day one was a success. Now for day two of our four day Chilkoot Trail adventure. By the time we were up, breakfasted and packed, 90% of the campsites had been vacated. Again we thought, ‘did they know something we didn’t’? Seeing as today was an extremely low mileage day (5.3), exploration was in order. 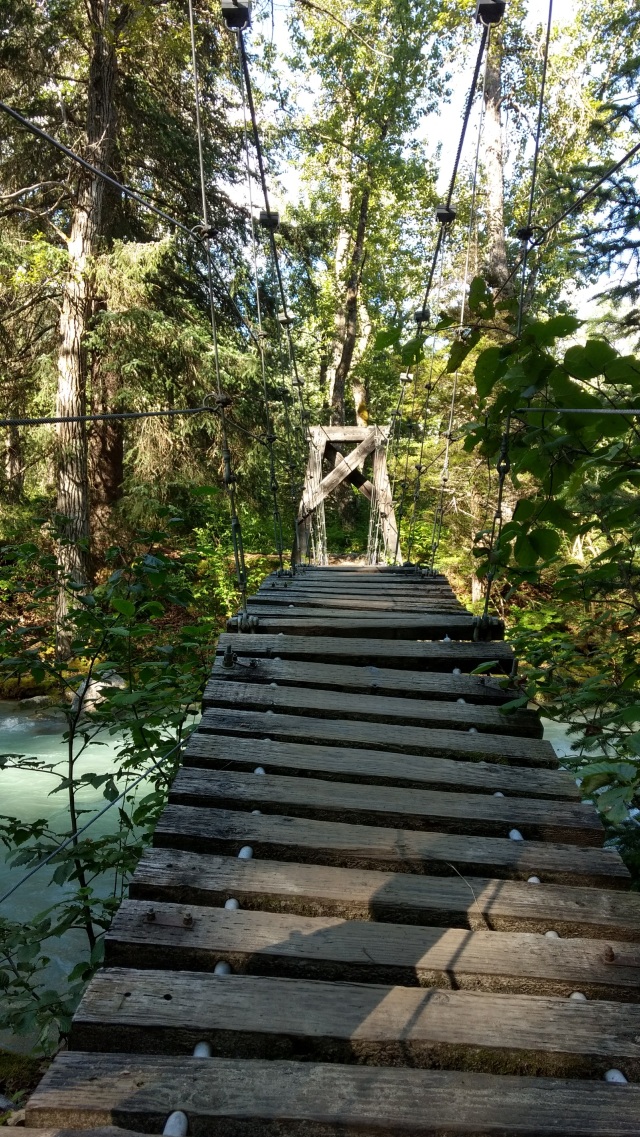 A half mile up the trail, and across a rickety suspension bridge was the now vacated and vegetatively overgrown site of Canyon City. 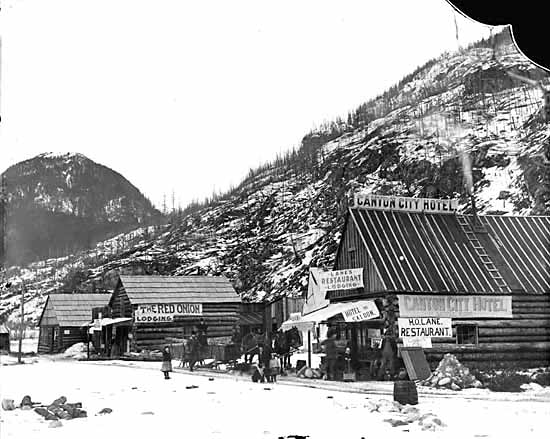 Klondike Gold Rush era pictures show this place sans vegetation and crowded with wooden and canvas topped structures. The Red Onion Hotel and Saloon, possibly a “franchise” of the original Red Onion Saloon of Skagway fame, and a steam broiler powered tramway that would shuttle goods (for a price) to Sheep Camp, where goods from there would be shuttled up to the scales of the Chilkoot Pass. In its hey day, 1500 people lived here, with tens of thousands, during the Klondike Gold Rush, passing through. A fire, overgrowth of vegetation, and flooding of the Taiya River over the last 100+ years have removed a majority of evidence that a town ever existed here. Yet, some relics remain, and we aim to discover what’s left.

We amble over a narrow rickety suspension bridge to the ghost town that is Canyon City and this is what we found. 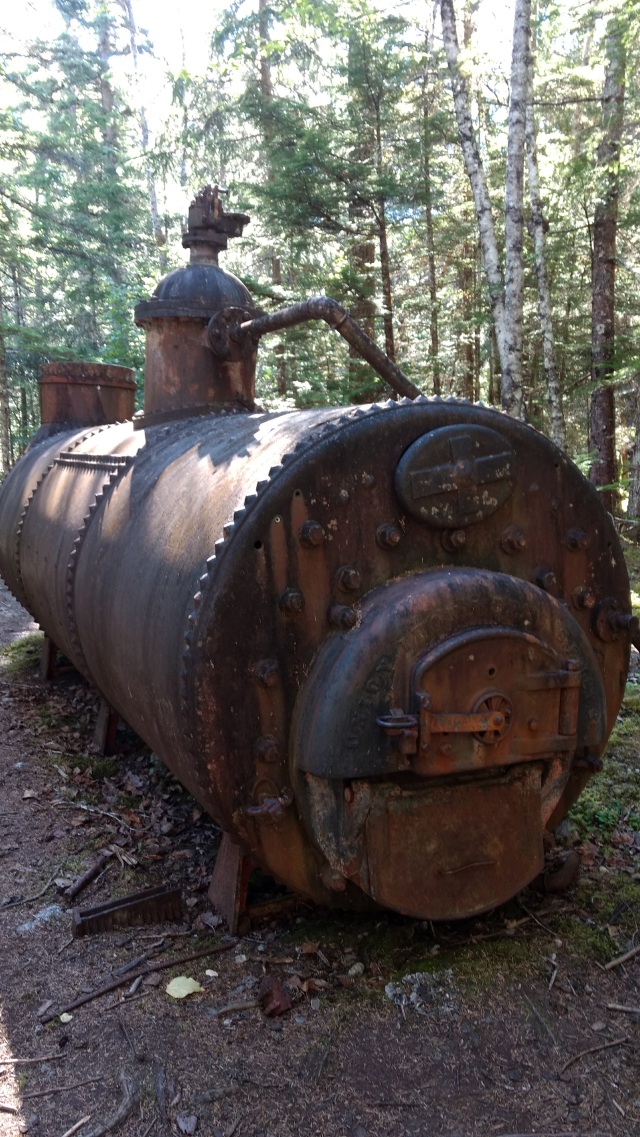 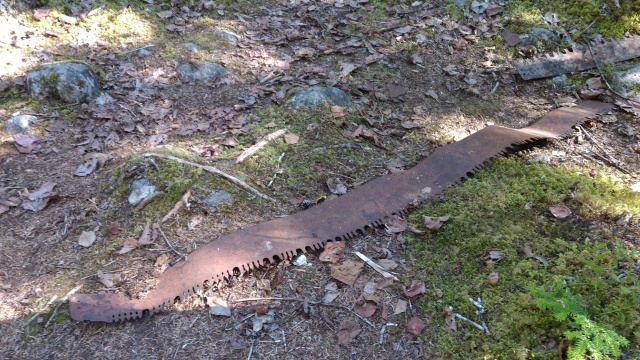 Besides a rotting stove, a steam broiler and saw blade, there were no structures, foundations, or crumbling chimneys leading one to believe or imagine that this place once was a city with several hotels, a post office and other amenities. There is however a well built and maintained foot path that loops you to “the other side of town” and back.

As you walk the foot path, you pan left and right, straining to see remaining artifacts or relics of a bygone era and imagine this place crowded with people and stripped of the now thriving vegetation. You listen in your minds eye for voices and sounds of everyday business. You picture yourself in the middle of this town and wonder if you had the grit and the drive to make it in such an environment.