On the Flip side

It is amazing when you do not have to get up and really get anywhere…significant.  We slept in till it was fully light, and were happy to discover that we were not sore and/or stiff.  With the exception of the hiking the Grand Canyon, we really are more of the “one and done” kind of hikers.  Going through the same area, again, is really not something we like to do, unless of course it is to show said area (or hike) off to others, or it’s out of necessity like the trails behind our house we use to train on.  That being said, this was a horse of a completely different color.  We saw sights and tread we had no recollection of having seen the day before.  As with everything, I suppose, it all has to do with perspective, or rather viewing things from another angle.  Today was a treat, of which we thoroughly enjoyed.  We had a list of critters we hoped to see, but discovered two that we had never seen before.

This white toad blended in with the boulders and in the water looked more like leaves floating down the creek.  Had this guy not been moving perpendicular to the creek, we never would have seen him.

The other critter was a Coatimundi. (White-Nosed Coati) He’s like a light colored raccoon whose a little slimmer with a longer snout.  A family of three was noisily headed to the creek when we surprised them en route.  They quickly scampered back up the canyon’s craggy rock face definitely annoyed with our presence. 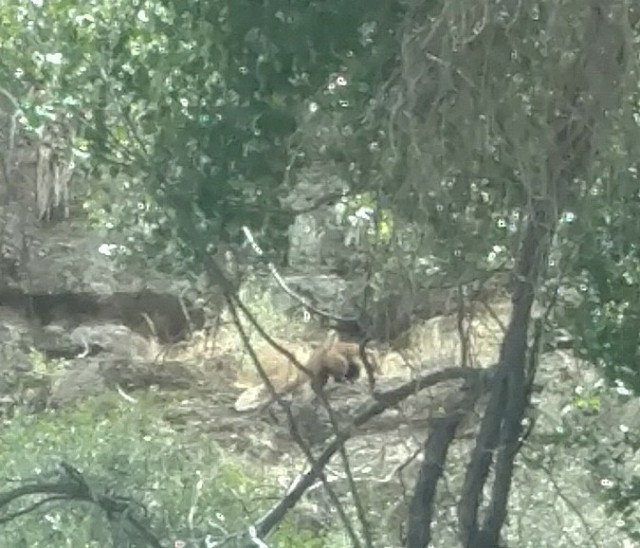 Up until that point we had seen, a bear, turkey, a snapping turtle, deer tracks (no deer), fish, and lots of cactus and flowers.

We also looked up a lot more, and pondered the creation of this amazing canyon riparian ecosystem. 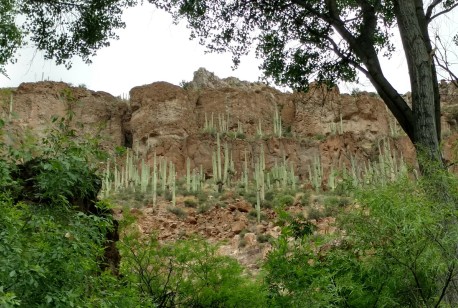 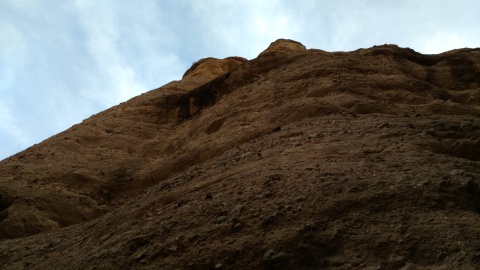 By the time we finally strolled back to our Alaskan Camper, it was nearly 2pm.  We had seen 7 people in total and they had hiked in from the West end.  Counting us, there were only 9 out of the 50 allotted people in the canyon.  Not that we were complaining, but we thought all the permits had been pulled.  In actuality, they had only been reserved, and only 9 had actually used their permits.  Seeing it was Friday afternoon, we were surprised we were still the only ones parked at the East end.  Even before we had embarked on this mini-adventure, the BLM reservation website had shown that all of the 50 available permits had been reserved.  By 5 pm however, a caravan of vehicles arrived and about 7 people unloaded (with what appeared to be 50lb packs) and began their hike into the canyon.  We talked with some people from the Nature Conservancy that were “pulling weeds” about the area, and asked how far the “early Indian cliff dwelling” was into Turkey Creek.  “Not far”, was the reply.  When we asked for a little more specifics, we were told “7 creek crossings.  Past a wooden corral.  There will be a sign on your right and a short trail to the dwelling”.  You can’t get more specific than that!  With that we decided to stay another night and try that hike in the morning before packing up.

1 Response to On the Flip side