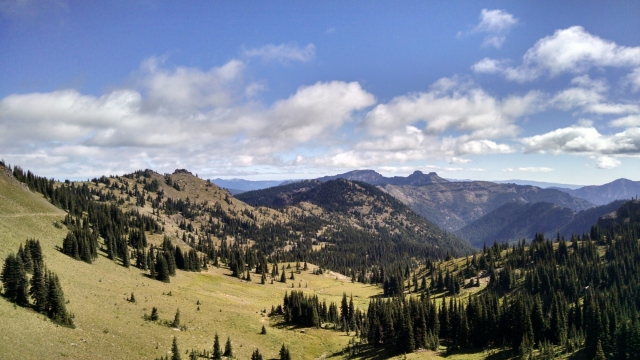 Outside ridge past Sheep Lake, looking at our upcoming trail

We climbed out of Sheep Lake in the morning to the Fog Trail Junction. Good name for this location because we were back in the clouds. The air was cool and the clouds appeared to be ready to rain at any time. Washing is very lush vegetation and is different from Oregon, in that the ground cover is low to the ground. This allows you to see further into and through the forest. Paul spotted wild strawberries growing along side the trail. Small as they were, they were sweet. 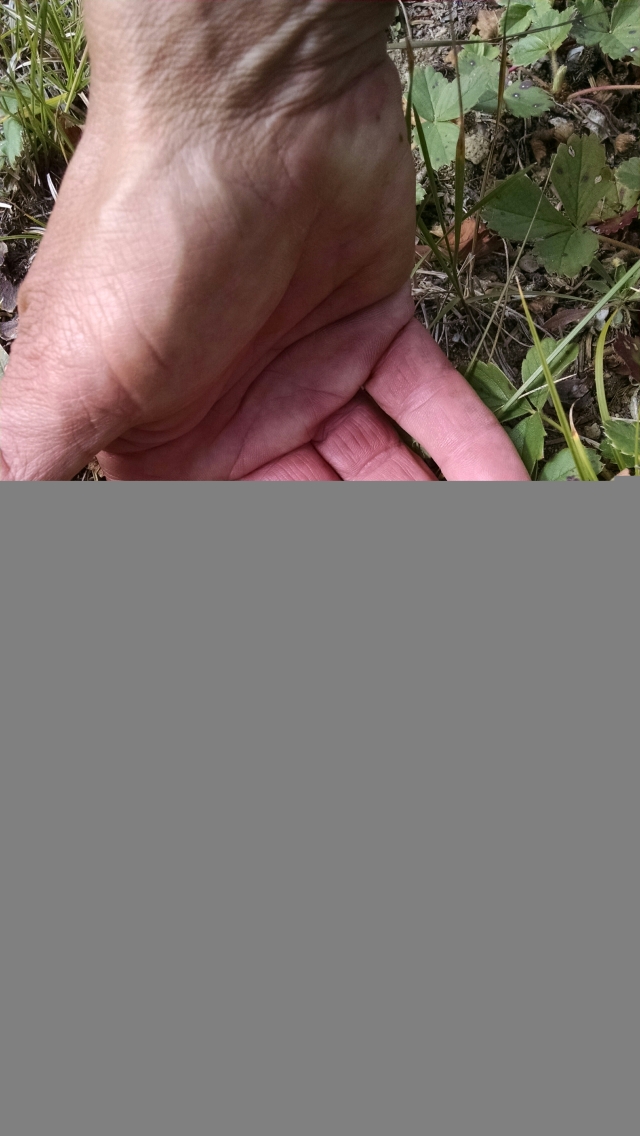 He had picked wild strawberries as a child in the woods of Michigan and told me stories about strawberry hunting. Our goal today was to get to Urich Camp/Government Meadow. Our trail notes said there was a shelter which could be any thing from an old broken down wood structure to something really awesome. Having been cold most of the day, we were looking for a warm place to spend the night for a change, and to not have to hope for some sunlight to try and dry everything out mid day the next day. Late in the day we crossed a small creek and the trail opened to a beautiful meadow. Government Meadow. (Note to self…find out why its called Government Meadows). At the edge of the meadow was a large log cabin which looked to be in excellent condition. We knocked on the door but no one was home. Like all the shelters we have seen along the trail this was a honor cabin for wary hikers. Inside was a large wood burning stove and a loft. About thirty people could sleep here comfortable. Of course it’s only floor space, no beds…but it’s warmer and drier than outside!  Soon the herd starts to filter in.  First Double Stuff (he’s from the UK and the one that did the “ice bucket” challenge earlier), then Seeds and Rorshart followed by Doc (a photographer from Chicago), Ball Hawk and Sugar (a long tall Canadian gal who works for Canada’s equivalent to our IRS), and a few other hikers we had not met yet.  Reading this back kind of sounds funny.  It’s like I’m listing the names of the dwarfs in Snow White.  Anyways, Double Stuff tries, and then forgos, lighting a fire in the stove as all it does is fills the cabin with smoke. A rumor on the trail is that the cabin is filled with mice and your food bags will be ransacked and mice molest you all night.  We saw no evidence of mice when I swept out the cabin when we arrived, so we Double Stuff, Doc, Seeds and Rorchart brave the fabled invasion. 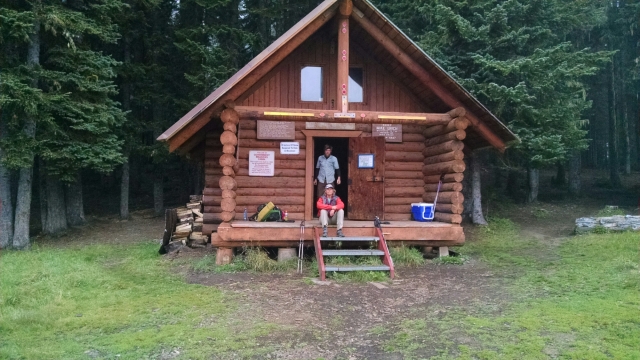 Urich Cabin, Doc behind me