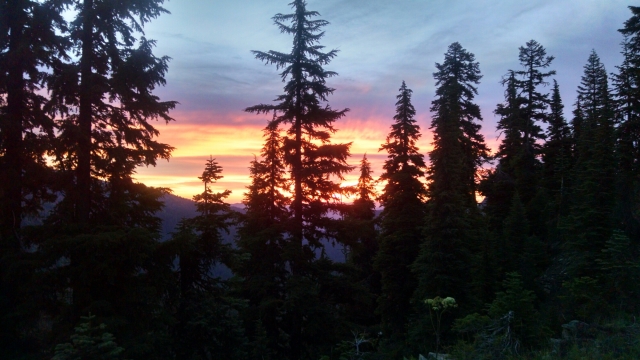 Today we awoke to the most awesome sunrise we’ve seen yet.  Last night the deer made quite a racket.  Apparently we camped where they like to hang out at night, and made sure to let is know they weren’t happy about it. We were both moving a little slowly this morning from our evening climb and the number the rocks did on our “rested”, but apparently now tender feet.  Been there. Done that. A few more days and we will get used to the soreness.  It will become ” normal” …again. 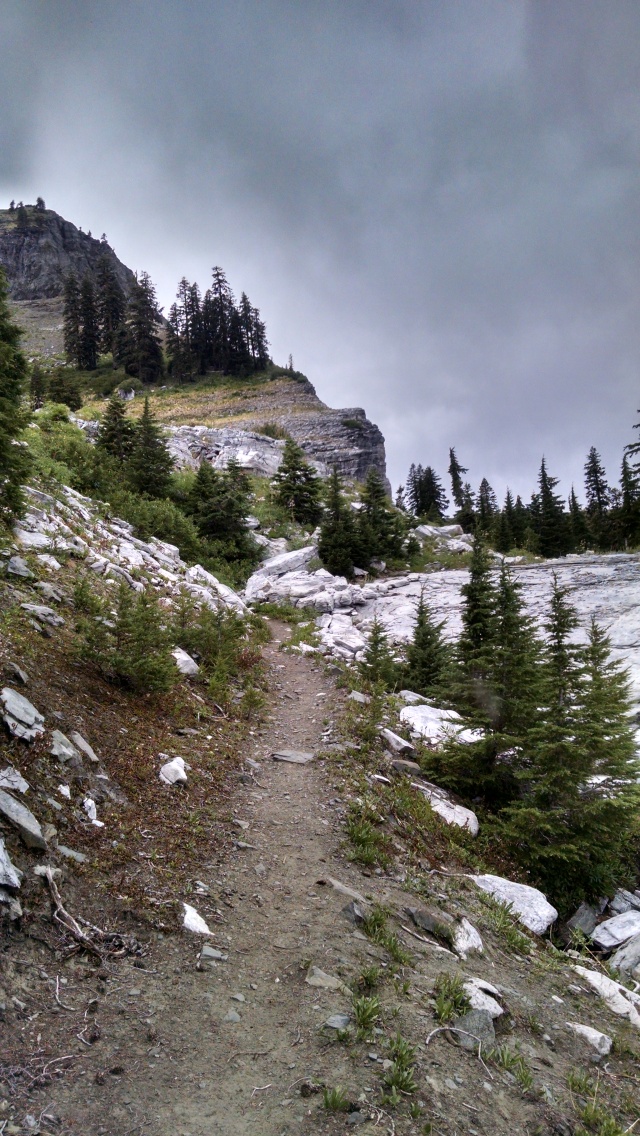 Today was a treat, and we definitely understand why we were told we would love the Marble Mountains. 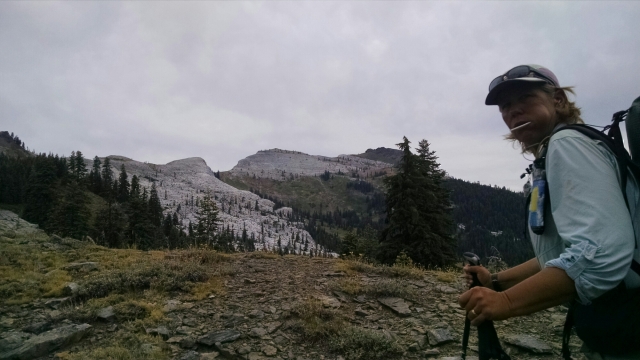 The stark white marbled rock against the brilliant blue sky was impressive.

The trail skirted the the base of the mountain with dribbles of white and eventually black marble boulders and stones peaking through dense green and flowering vegetation.  Water was plentiful and when we stopped for a snack and to water up, two chipmunks dazzled us with their MMA skills and several does walked by completely unfazed by our presence. 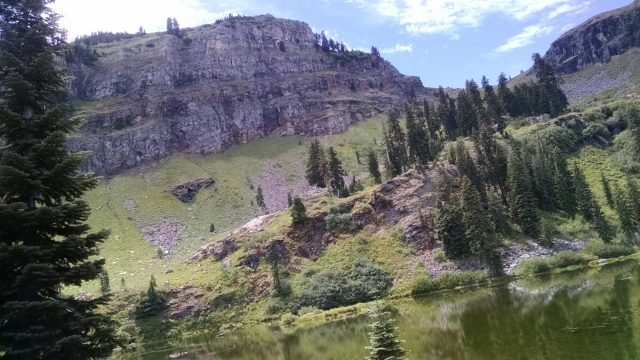 While we were at Paradise Lake for lunch, we got to witness a local osprey catch a fish.  Later on after a climb up an exposed red dirt mountain we snuck up on two mountain hens (grouse), and came just shy of a “chicken” dinner.  We laughed at how awesome it would be to cook them over an open fire…and possibly the looks we’d get from other hikers. 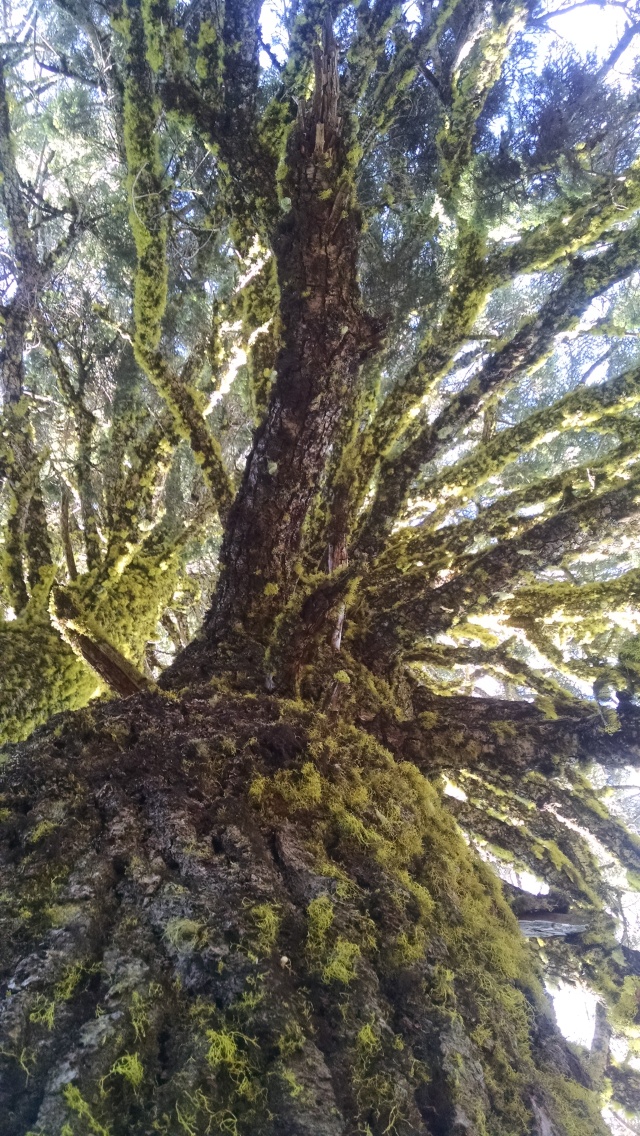 We ducked into the final water stop for the day and reclined under one of the most unique trees we’ve seen, a three pronged tree dripping with dayglo green moss.  Several other hikers arrived, and we discussed the signs and symptoms of Giardia and whether they had it or not.  We told them how long I had been symptomatic (4 weeks) and passed it off to heat exhaustion… So better to just go into town, see a doctor, and get tested.  Lesson learned.  Although it would have been a great place to camp, we needed to grind out a few more miles to set us up for the descent into Seiad Valley.  Onward we went for a little more than…2more miles, and camped at a road spur as darkness settled upon us.  As we had signal, we called our daughter who had what we believed texted us on our Delorme to call when we had signal.  She was delighted, yet surprised we called.  We asked, ‘What’s up?’  “Nothing.  Why?” You texted us to call. “That was Tuesday”, she replied. Ya, and it’s Wednesday. So what’s up? I respond.  Laughter follows.  ” Mom, it’s Sunday, everything is good.  I’m at work.” Uh Oh! Seems we’ve totally lost track of time.  We talk for a little, but she’s got to get back to work.  That Giardia must have taken a lot out of me, in more ways than one. Geez.  We settle in for an uncomfortably warm night’s sleep.