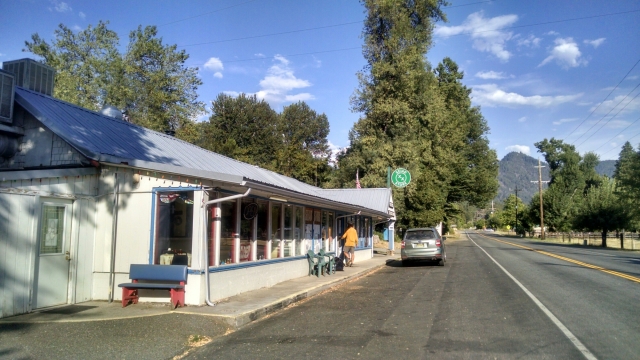 Apparently we were really tired because we slept through our alarm and other hikers that were a couple miles behind us passed us as we were packing up.  Today however was Seiad Cafe day.  Home of the pancake challenge.  They make ginormous pancakes and if you can eat all five of them you don’t have to pay for the breakfast.  While we were not going to participate, there were two brothers that were and we kind of wanted to see that.  Many hikers think they are hungry enough to eat that many pancakes, but most can’t complete the challenge.  With such a late start, we didn’t make it in to see that (after two pancakes, they gave up), bit we did make 12 miles by 11 am…a first!.

Most, of not all, the trail was downhill on soft tread and overgrown with vegetation that we had to wade through.  The trail was shaded which made for a comfortable descent into the valley campground as the temperature rose.

Once at the campground, we cooled our feet in the stream, that had run along side the trail most of the way down, and collected water for the 6 mile road walk into the Seiad Valley RV Park where our resupply package was. 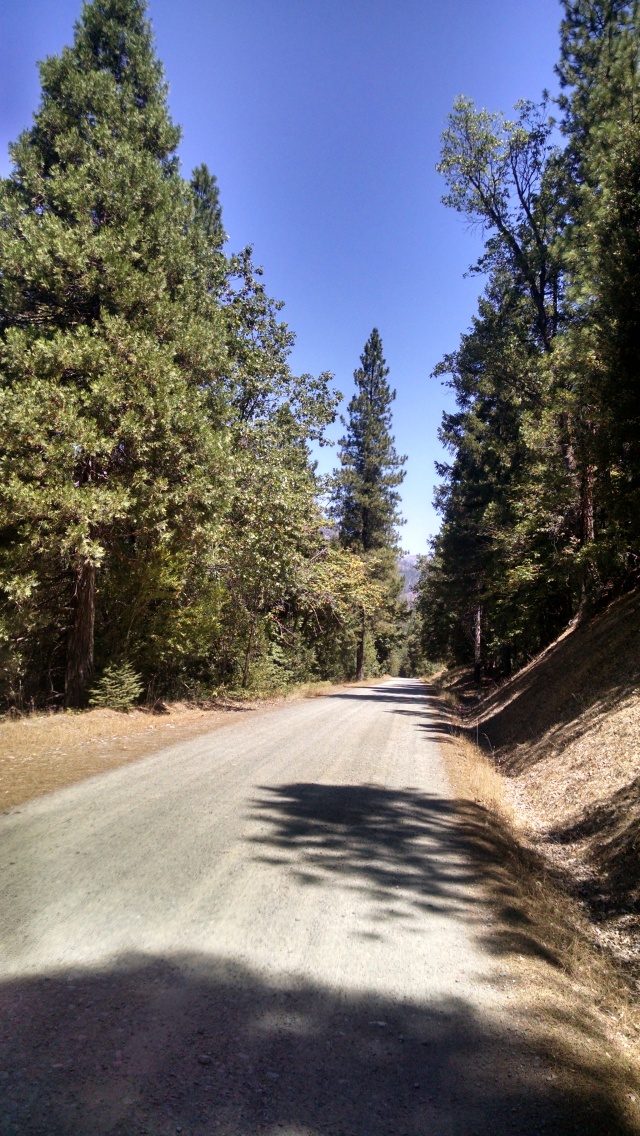 We began our trek down the hot and dusty road, and quickly became distracted by the wild blackberries lining the road on either side.  We would pick a few, eat them and continue.  Walk a bit more.  Pick a handful, eat them and walk.  Finally we decided if we continued, we’d never get into the RV park.  We had gone about 2 miles when we saw a big blue truck heading toward us.  An arm extends out the drivers side window and begins to wave at us, and the truck begins to slow.  We think it’s a local, who’s trying to be polite (say, “hey” and not dust us out).  To our surprise, its NOT!  It’s Tortuga, and asks us if we want a ride into “town”.  It’s hotter than $#*+, and we saw a mountain lion cross the road in front of us, just behind Tortuga’s truck.  Yes we will take a ride…we’re not purists, and don’t feel like being a snack.  In we climb with Moxie who is along for the ride…air conditioning.  We head back however, to the campground to pock up more hikers.  In total we crammed 12 people into Tortuga’s 4-door full size truck.  I’m surprised we all, especially Bat Shit Crazy Mama (Tortuga’s wife) survived the stench that is six days on the trail in sweltering heat.  The six mile ride seems longer than we anticipated, and we are even happier we got a ride.  When we arrive at the RV park, which is next to the Cafe and Store, we are created by several other hikers we’ve seen along the way. 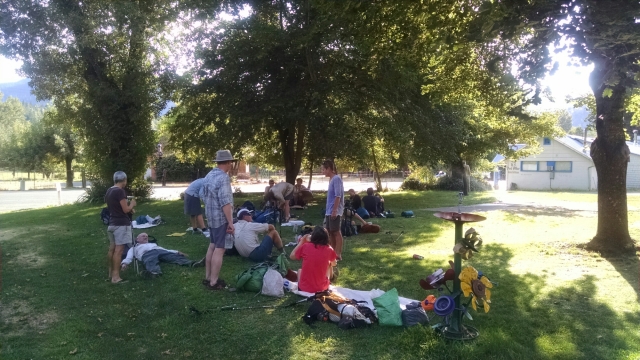 In total, there are about 25 hikers strewn about the RV park’s lawn.  It’s over 100 degrees. Yeah!  We pick our resupply, and dump a good portion into the hiker box, as we’ll have a strenuous climb out and don’t want to carry the weight.   We gorge on a BLT and basket of fries…each, a few cold drinks and then at about 6pm headed out to get a few miles up the 8+ mile climb of 6000 ft and to “cooler” temps.  Everyone thought us nutty to leave with it still being so hot, but we knew we’d sleep better.

Once we began to climb, we almost regretted our decision.  2.5 miles later, we were so happy as the temp for us now near 90 degrees.  The best part was when the two brothers, “Siesta” and “Bomber” who also had the same idea, to get a jump on the climb, asked us if we wanted one of the ice cold sodas they were going to deliver/leave at the base of one of the springs amidst the climb. 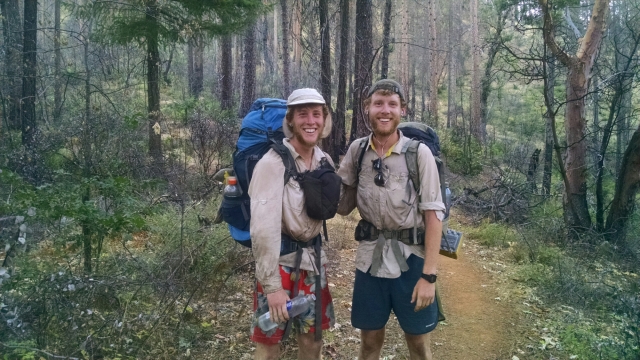 Root beer or Orange soda, they ask.  Paul selects the Orange and I have the Root Beer.  Awesome.  Thanks guys!  We set up our tent and do our best to get some sleep as the temperature ever so slowly dips into the high 70s, low 80s.