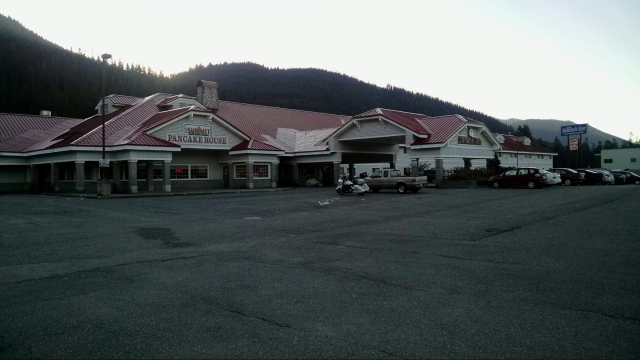 Today was a relaxation day, with the exception of doing laundry and going through our resupply box.  As we had 4G service on our cell and WiFi at the hotel, a plethora of posts were added to our blog in hopes of getting as up to date as possible.  It’s getting harder and harder to pen a post each evening as we are tired and the nights are getting colder, so the thumbs don’t last as long.  We grazed most of the day and finished the day off with watching the NFL opener at the bar next to the Inn, which featured the Seattle Sea Hawks at home.  The bar was busy with mostly PCT hikers.  Sea Hawks won, which had fellow PCT hiker, Ball Hawk, a rabid Green Bay Packers fan, crying in his beer. Paul bought him a consolation beer to cheer him up. 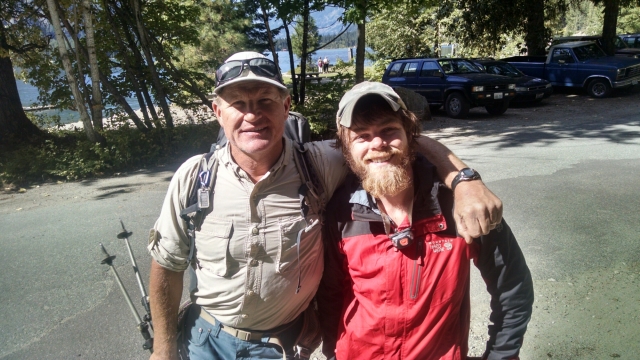 Ball Hawk (a baseball term, and his AT trail name), who is from Asheville North Carolina, has been talking about this game for weeks, and his miles have been tied to getting to the Summit Inn to be able to watch the game.  When the game was over, we headed to our room for the final packing and prep for an early morning departure.  Canada calls.